You might not realise it, but terpenes already play a massive role in your life. In fact, we’d go as far as to say that you couldn’t live without terpenes. That’s because these naturally existing hydrocarbons are what give things their scent. The citrusy zing from a freshly squeezed orange, the waft of pine from a century-old forest; natural aromas exist because of terpenes. The planet would be a boring old place without these unsaturated compounds.

What do terpenes do?

As well as providing us with pleasurable scents to accompany our day-to-day lives, terpenes play a vital role in the natural world. Some terpenes exist to attract pollinators and assist the reproduction of plants, whilst others emit odours that act as a deterrent to potential predators.

What are terpenes in CBD? And why use them?

The link between terpenes and CBD is interesting, and research is ongoing into the interaction between the two, but one opinion is that terpenes can complement the way in which the body’s endocannabinoid system reacts to CBD. It is thought that certain terpenes might enhance the experience of taking CBD. This apparent intensification is sometimes referred to as the terpene entourage effect.

On a simpler level, CBD terpenes add layers of flavour. There are many different ways to enjoy CBD, and some people opt for a CBD product that has had the terpenes removed. But many enjoy the CBD experience because of the variety of terpenes that exist within the extract. EthicaCBD has taken great care to leave a selection of the most aromatic terpenes in a variety of its products, allowing consumers to savour the richness of flavour.

How do terpenes differ from cannabinoids? The terpene chemical structure.

In the chemical structure of terpenes and cannabinoids, there is little difference. And both compounds are secreted from the resin glands of the plant. The significant distinction actually comes in the presence of a repetitive 5-carbon ring known as isoprene. This aromatic molecule is not found in other cannabinoids – such as CBD or THC – and as such sets the terpenes apart. All sound a bit sciency? Broken down into simpler terms, terpenes possess an extra element to their structural makeup, an element not found in any other part of the plant.

Research is continuing into every aspect of terpene use. Studies show that these natural extracts are entirely safe for consumption, and experience is actually demonstrating many advantages to introducing terpenes into daily routines.

Do terpenes have health benefits?

Much is being made of the potential health gains attributed to terpenes. Investigation is taking place across the world to discover if terpenes possess anti-inflammatory properties, whether they can help with anxiety, or if there are any other medicinal benefits linked to this natural extract.

In keeping with our stance on ‘why we won’t say CBD cures anxiety’, our commitment to ethical transparency means we won’t be making any claims about the health benefits of terpenes. But that doesn’t mean you can’t do your own research. And in the meantime, we’ll sit back and savour our terpene-rich CBD extracts.

As previously mentioned, it’s believed that different strains of terpenes react with the ECS and CBD to give users a heightened experience. The term entourage effect refers to the enhanced, synergistic experience that occurs when the full spectrum of CBD, terpenes and other natural botanical compounds are consumed at the same time.

The “Entourage Effect” refers to the interaction of CBD with terpenes (aromatic compounds present in cannabis plants). Terpenes give cannabis its characteristic odour. Terpenes may be present at low levels in some CBD products as residues from the production process of the substance from plants. Alternatively, various terpenes may be added back into the CBD products by the manufacturer to give the product a pleasant odour and taste.

Some research studies have shown that terpenes interact with CBD to enhance its effect compared with taking CBD alone. However, not all studies support this hypothesis. More research is needed on this topic.

Hopefully, by now, we’ve grasped why terpenes play an integral role in the makeup of EthicaCBD’s products. And just so we leave no stone unturned, we’ve picked out some of the most abundant and important terpenes to be found accompanying cannabinoid extracts.

A glossary of terpenes:

As the name suggests, this terpene is so-called because of its citrusy zing. If we were in the business of making unethical claims about potential health benefits, we’d mention that it’s supposed to be celebrated as an anti-seizure therapy. But we’re not, so we won’t.

This natural terpene is most abundant in lavender. Any cannabis strain that possesses hints of lavender is likely to be high in linalool. Lavender is said to be great at reducing stress, depression, and anxiety. And when applied topically is claimed by many to be a great natural remedy for skin conditions such as acne.

Abundant in pine oils, the terpene responsible for pine-freshness the world over is actually the most commonly used terpene on the planet. Pinene is reported to improve memory, boost energy levels, and increase natural alertness. Is this anecdotal or is science beginning to substantiate these beliefs – you decide.

Myrcene is widely regarded as the most commonly occurring cannabis terpene. It’s dark, earthy tones emit a musky scent, and it is what gives CBD oils their much sought after woody properties. It’s not for us to say whether myrcene is an excellent muscle relaxant, fantastic at relieving pain, or an effective anti-inflammatory, but we do enjoy the richness of the aroma.

Found in many herbs such as oregano and black pepper, the beta-caryophyllene terpene is being investigated for its reaction with the immune system and subsequent autoimmune conditions. When paired with CBD it produces a spicy and peppery scent.

Prolific in hops, basil, and cloves, this aromatic extract contrasts with other terpenes that are said to increase appetite. Currently being investigated for its antibacterial properties, humulene terpene is common in a wide variety of herbs and plants.

We’ve painstakingly selected the perfect blend of terpenes to feature in our Pure range of CBD products. And whilst we can’t divulge the exact secrets within our formulas, we can pick out the most significant terpenes and explain why they play such an important and unique role in your wellbeing.

This nighttime CBD firmly places its focus around nerolidol, a terpene regularly associated with calm and relaxation. Most commonly found in jasmine, lavender, tea tree, and lemongrass, this fragrant extract has citrusy and woody undertones and zings. Nerolidol is frequently reported as having antioxidant, antifungal, and antiparasitic properties, making the natural extract a powerful addition to the body’s defence mechanisms. Also featuring in Pure Night Formula is borneol. Used for many thousands of years in Chinese medicine to reduce inflammation, we are only now beginning to understand the true power of this woody terpene. To further complement and enhance the effect of the other terpenes, EthicaCBD Pure Night contains terpinolene, which is again believed by many to be an antioxidant and antibacterial extract that delivers hints of pine to the formula.

EthicaCBD Pure Day takes its distinct characteristics from a carefully selected blend of special terpenes. Myrcene, which works in synergy with CBD is paired with beta-caryophyllene; a potent anti-inflammatory that is thought to help with symptoms of pain and anxiety, as well as subduing levels of cholesterol. When combined with Pure CBD and carefully blended with other terpenes, vitamins, and natural extracts, EthicaCBD Pure gives you a renewed burst of vigour ready to tackle everything a busy day can throw at you.

Combining myrcene and caryophyllene, EthicaCBD Pure Body takes advantage of the rare cyclobutene ring unique to beta-caryophyllene. Found in black pepper, oregano, and many more herbs and spices, the rarity of its structure make caryophyllene a highly valuable terpene. It is reported to bind quickly and easily to CB2 receptors within the body, enhancing the endocannabinoid system and positioning the body in the perfect place to enjoy the potential health and medicinal benefits. And to maximise the experience of using EthicaCBD Pure Body, the formula includes the beautiful scent of terpineol, a natural extract producing intense hits of pine freshness.

As the name suggests, EthicaCBD Pure Defence is designed to provide the body with an extra layer of natural support. In order to achieve this, a carefully constructed formula of terpenes – centred around the inclusion of valencene – interacts with the immune system and gives the body the best possible chance of fending off unwanted germs and bacteria. Abundant in citrus fruits, Valencene is one of the reasons oranges have been used for thousands of years as a cold remedy. We’ve harnessed the power of this terpene and combined it with CBD to supplement your body’s natural defences. When mixed with limonene, A-pinene, and a variety of other vitamins and supplements, just one sniff of this fragrant CBD extract will leave you with little doubt as to its protective and defensive properties.

EthicaCBD Calm calls on two main terpenes to deliver a smooth and relaxing effect: bisabolol and terpinolene. Bisabolol possesses a warm, floral fragrance. It is found in large quantities in chamomile, an ever-popular extract for those seeking calm and relaxation. EthicaCBD Pure Calm harnesses the soothing properties of bisabolol and combines it with CBD and other terpenes to induce harmony and balance. When coupled with terpinolene, a terpene characterised by its herbaceous pine fragrances, the result is a gentle supplement that promotes long lasting calm and wellbeing.

Phew. That’s it. If you’ve made it this far then there’s not much else for you to know about terpenes, their properties, or the way in which they react with CBD.

We’ve only gone into such detail because we regard terpenes so highly. We recognise the value of delicately handling these intricate hydrocarbons. Our extraction processes are designed to sensitively manipulate each individual terpene so that you can enjoy the benefits within our products. For our range of terpene-rich CBD oils, topicals, and creams, explore the EthicaCBD website. 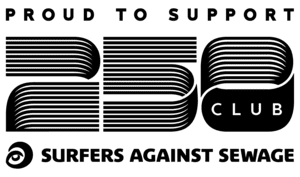